Even on a short-term basis, payday loans can be best avoided. 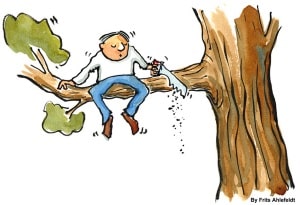 When borrowed over a longer-term, these danger levels can quickly spiral out of control.

In the following article, we explore why complaints about payday loan companies have increased dramatically over recent months along with, highlighting, the 3 main reasons that they can prove to be far more trouble than they are worth. 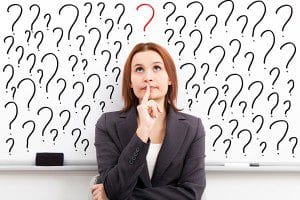 The initial APR associated with a payday loan should be reason enough to look elsewhere but below we have outlined some of the additional reasons why payday loans can prove to be so dangerous.

(1) They are not a viable 3-month option

Payday loans have been specifically created to offer an antidote to a shortfall in the run-up to the borrower’s next payday.

Whilst the extraordinarily high charges may be barely manageable when repaid on time, the longer they go on, the more expensive they become.

Payday lenders have rightly received a huge amount of negative publicity when it comes to not adequately explaining the terms of the borrowed money. The result of this lack of information is often customers having no idea about the potential for loans to roll over (and charges to spiral) until they find themselves in a position where they cannot afford their repayments.

Payday lenders are also regularly vague about the high rates associated with their loans as they obviously make the loan look far less appealing and makes the business look bad. By the time most consumers use these companies, they do not ask the crucial questions that they should.

Payday lenders are well aware of the fact that many of their customers believe that they have nowhere else to turn.

The majority of people who opt for a payday loan have a poor credit rating and are therefore unable to get a loan from a bank. Payday loan companies use this information to position themselves as the savior of bad credit borrowers but in reality, often prove to be a hindrance rather than a help due to the fact that they often leave borrowers with a large amount of debt.

Payday loan borrowing can be ‘reckless’ 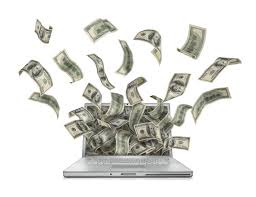 In a recent article, Andrew Hagger of Moneynet expressed his thoughts on why turning to a payday loan is in some cases a reckless way of borrowing:

“I could understand someone paying these interest rates if they were desperate and their gas or electricity was going to be cut off or they needed to get the car through the MOT to get to work, but to borrow at these rates to pay for flights abroad and Christmas presents is crazy – Christmas can be fun without spending a fortune trying to keep up with the Jones’s. It simply isn’t worth getting into debt over.”

Don’t use payday loans to deal with debt

The problems associated with payday loans have been well documented, with both the media and debt charities alike continuing a high profile assault on the dubious ‘benefits’ offered by this type of credit.

The debt charity Step Change for example is particularly vocal about the unsuitability of payday loans for dealing with debt, and explores this in greater debt in the article below:

Payday loans can be the cause of debt problems

Whilst Step Change has chosen to focus on how payday loans can make debt problems worse, it is often the case that they can be the root cause of debt problems.

Although payday lenders are quick to argue that because their loans are specifically designed to be repaid quickly, the APR is less relevant than for longer loans, should you miss your repayment date, charges and late fees are rolled over to the following month, creating a spiral of debt.

It is this practice that has resulted in an increasingly high number of debts. The following BBC article highlights the fact that The Financial Ombudsman Service (FOS) said it had been contacted by more than 10,000 people since January this year with a variety of different complaints –https://www.bbc.co.uk/news/business-28835558

Payday lenders typically offer their customers the opportunity to obtain a loan which should be repaid over a period of 28 days. Whilst this may initially seem to be harmless, a quick glance at the interest rate will highlight an alarming figure. The associated APRs of a typical payday loan often exceed 4000%!

Applications are generally handled quickly with a successful application resulting in the transfer of balance taking place within 24 hours.

Do you know your credit rating?

It is essential that all borrowers obtain an up-to-date credit report to get an accurate look at their credit rating before submitting any loan application. This is important because the level of your credit rating is very likely to dictate the number of options that you have available.

Rather than paying the major UK credit reference agencies a call (all of whom may have slightly different information resulting in varying credit scores), simply visit Checkmyfile to obtain the UK’s only multi-agency credit report.